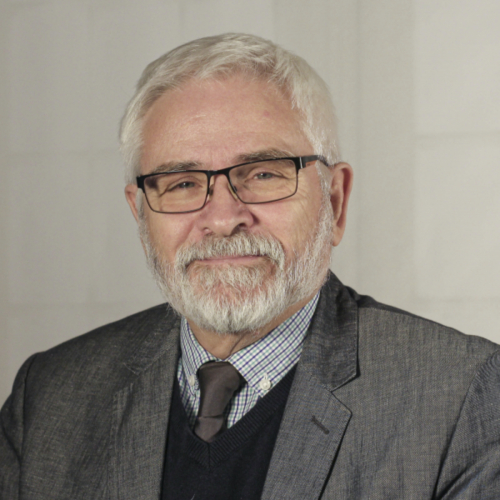 Part 2: Feeling safe and the role of caregivers

This is the second of a three-part series of short articles looking at aspects of relational connections that we have known about for some time but are now starting to see in a new light. Given that we know so much about the vital role of human connections in healthy development and about techniques to promote therapeutic relationships, these articles explore the question: Is there anything new that the neuroscience can tell us?

In Part 1 we looked at an emerging understanding that the “embedding of trauma” has more to do with who is accompanying us when we experience adversity and after it, than the nature of the adversities themselves. It highlighted the relational nature of trauma and the relational paths towards healing.

In Part 2 we explore the fundamental developmental need to feel safe and the vital role of caregivers, focusing largely on the work of Stephen Porges.

The centrality of safety and feeling safe
Amongst the many functions of healthy relationships is one that has been emphasised since Abraham Maslow’s early work[1] but is now receiving renewed attention – it is the meeting of a child’s needs for safety and protection.

John Bowlby, in calling attention to so-called attachment behaviours of infants, accepted that nurture was an important part of the picture, but, controversially at the time, suggested that the primary function of attachment was protection; that the foundational biological necessity was for an infant to be safe.[2]


Many children and young people in special care and education settings have been exposed to severe adversity throughout their early development and one of the consistent findings from developmental neuroscience is that they do not feel safe.

Bruce Perry, for example, observes that these children “reset their baseline levels of arousal, such that – where no external threats are present – they will be in a physiological state of persisting alarm”. [3]

The emphasis in recent years has shifted from an objective appraisal of a child or young person being safe to ensuring that they feel safe.[4]  Bessel van der Kolk maintains that “being able to feel safe with other people is the single most important aspect of mental health”.[5]

The work of Stephen Porges[6] has added a great deal to our understanding about the mechanisms involved in feeling safe. He suggests that feeling unsafe is the default human state and that we are dependent on others around us to provide visual and auditory cues that help us manage our internal states: “Humans” he tells us, “are on a quest to calm neural defence systems by detecting features of safety…”.[7]

So what are these features of safety?

Porges, who trained in neurophysiology, describes a number of neural mechanisms connected to both the sympathetic nervous system and the para-sympathetic vagal nerve system – both of which are involved in social engagement and the assurance of safety.  The sympathetic nervous system ensures a person is activated and alert to get on with tasks. It also prepares the body to respond to perceived threat through “defensive” strategies such as fight and flight. The parasympathetic vagal nerve system, on the other hand, is associated with healing and the restoration of physical calming, but also with emergency safety responses to very high and imminent levels of threat.

Porges observes that striated muscles of the head (involved in head orientation, facial expression, eye contact, hearing and voice tone) are directly connected, through the vagal nerve, to visceral organs such as the heart and respiratory system. Internal indications of stress or anxiety such as higher heart rates and faster breathing, are directly reflected in our facial expressions, eye contact and verbal tone. These are components of what is termed the “social engagement system”.[8]

Similarly, the visual and verbal expressions of those around us are interpreted through a process called ‘neuroception’ and, via vagal mechanisms, directly modulate the functioning of our visceral organs involved in blood circulation and respiration.[9] Friendly, non-threatening visual and auditory signals from others (such as soft eye contact, relaxed facial muscles, higher modulated voice tones) result in higher vagal tone and a calming of heart rate and respiration which promotes a felt sense of safety and relaxation that facilitates social engagement.

On the other hand, unsettling or threatening signals from others, for example (stares, facial expressions of anger, loud and lower unmodulated tones) automatically result in an increased heart rate and circulation, faster breathing, and heightened perception, all of which help prepare the body for defensive ‘fight or flight’. Even low, unmodulated sounds in the general environment can trigger these defensive visceral responses.

Very high signals of immediate threat can trigger a more extreme visceral shut-down or “freeze” response, mediated through the dorsal branch of the vagal system. This may involve general immobilisation, suppression of heart rate, respiration, digestion and relaxation of the sphincter, sometimes resulting in involuntary defecation.

Central to the Porges’ Polyvagal Theory is the function of a more recently evolved portion of the vagal nerve (the ventral vagal branch or “smart vagal”) that is exquisitely sensitive to the social cues of others, particularly those that we trust and are comfortable with.[10]

In social interactions we actively look for positive visual and verbal cues such as relaxed eye contact and facial expression, and a soft and cadenced tone of voice, as these are immediately reflected in a lowering of our heart rate and felt levels of anxiety.

In response to these signals the “smart vagal” dampens and modulates our sympathetic arousal – a function that Porges refers to as the “vagal brake”.[11] At the same time it is also sensitive to unsettling or threatening signals such as firm eye contact and loud, deep and unmodulated voice tones – in these circumstances its tone slackens allowing sympathetic arousal to escalate, preparing us for defence and to fight back or to withdraw.

Although there are always conscious processes and interpretations at play in interpersonal exchanges as well as implicit memories from our accumulated experiences, the interpretative (“neuroceptive”) and physiological processes Porges describes, are essentially autonomic[12]; that is, they operate involuntarily in the background, unconsciously influencing our social interactions.

Crucially, Porges reminds us that feeling safe is quite different to being safe.

He suggests that we often equate safety with the removal of threat and what he calls “features of safety” such as locked doors, law and order policies and the punishment of offenders. However, it is the “active presentation of features of safety that our nervous system craves” and continuously monitors.[13]

There is no “set and forget” process to help our clients feel safe – they need the active and ongoing commitment of carers, mentors and therapists to provide visual and auditory cues of safety, often when they, themselves may feel agitated, angry or unsafe.

A final observation by Porges is that this autonomic quest for cues of safety, is a lifelong one, not one that can be ‘fixed’ by a timely intervention or even maturation and the passage of time. He points out that “this quest is initiated at birth” and “continues throughout the lifespan, with needs for trusting friendships and loving partnerships”.[14] This, echoes what John Bowlby said about the importance of attachment through life:

To remain within easy access of a familiar individual known to be ready and willing to come to our aid in an emergency is clearly a good insurance policy – whatever our age.[15]

So the emerging neuroscience throws new light on the vital role we play as caregivers, mentors and therapists when we encounter our clients.

Our young people need from us a quality of relationship that not only engenders trust, but one that can also actively assist them through the provision of safety cues, particularly when we ourselves may be feeling anxious or angry.

In Part 3 of this series on insights from recent neuroscience on relational trauma and healing, I will be looking at insights into the ways we can help others learn to safely manage unruly thoughts and emotions. 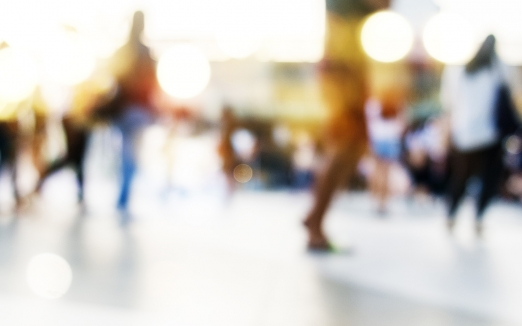 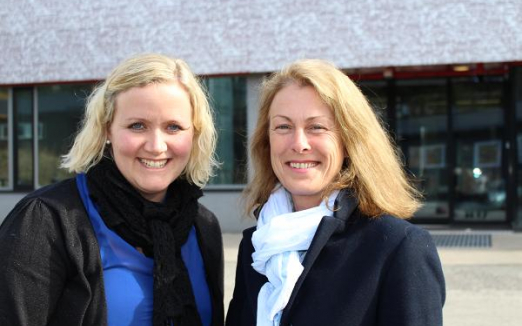 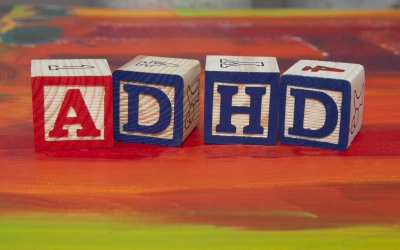 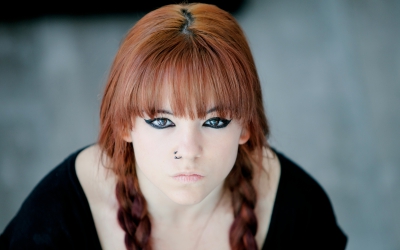 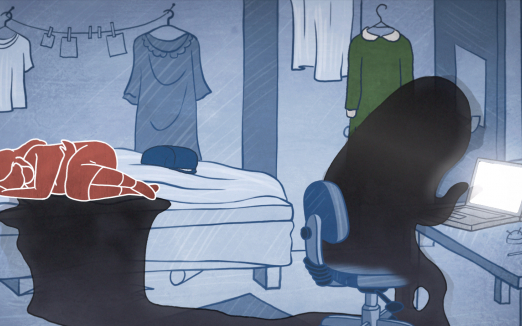 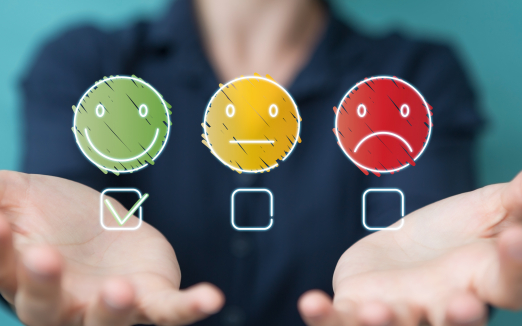 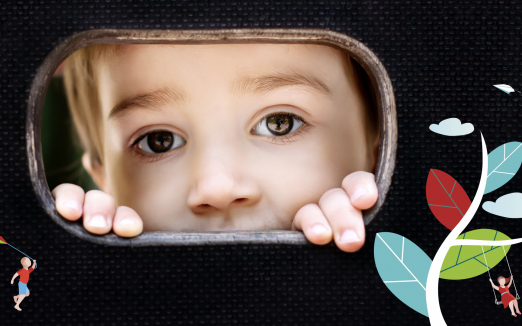 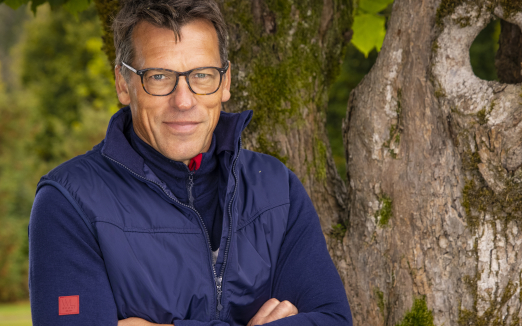